These future blockbuster drugs, expected to hit the market in 2015, could save thousands of lives next year alone.

After a year that saw the most new drug approvals since 1996, Big Pharma has a lot to live up to in 2015. The FDA approved a total of 44 new drugs in 2014, headlined by a transcendent year for hepatitis C treatments that featured the introduction of Harvoni, Sovaldi, Olysio, and Viekira Pak. However, the influx of new hepatitis C treatments will habitually subside, making way for a number of groundbreaking cancer, cardiovascular, and cholesterol-lowering medications to dominate this year’s pharmaceutical buzz. While 2015’s new drug potential appears to be shaping itself in a different categorical mold than this past year, early indicators suggest the ability for it to be equally impactful.

In 1987, heartburn-reliever Zantac became the first “blockbuster” drug after surpassing $1 billion in annual sales – thus establishing $1 billion as the blockbuster threshold for pharmaceutical products. These days, there are over 100 alleged blockbuster pharmaceuticals; and while inflation has dramatically shifted the value of money since 1987, the billion-dollar prerequisite needed to be classified as a blockbuster has remained intact. This has created a growing desire to redefine the blockbuster model, seeing that the current annual sales minimum would be closer to $2.1 billion when adjusted for inflation. On top of that, major pharmaceutical companies now find themselves amidst an ongoing battle for the right to exclusively own the formulas for their successful drugs. Without that exclusivity, these companies are losing billions as they have to compete with other manufacturers who are able to produce generic versions of their product and sell it for a cheaper, more affordable price. However, all future medications mentioned below are showing blockbuster potential – whether the threshold is $1 billion or $2.1 billion. 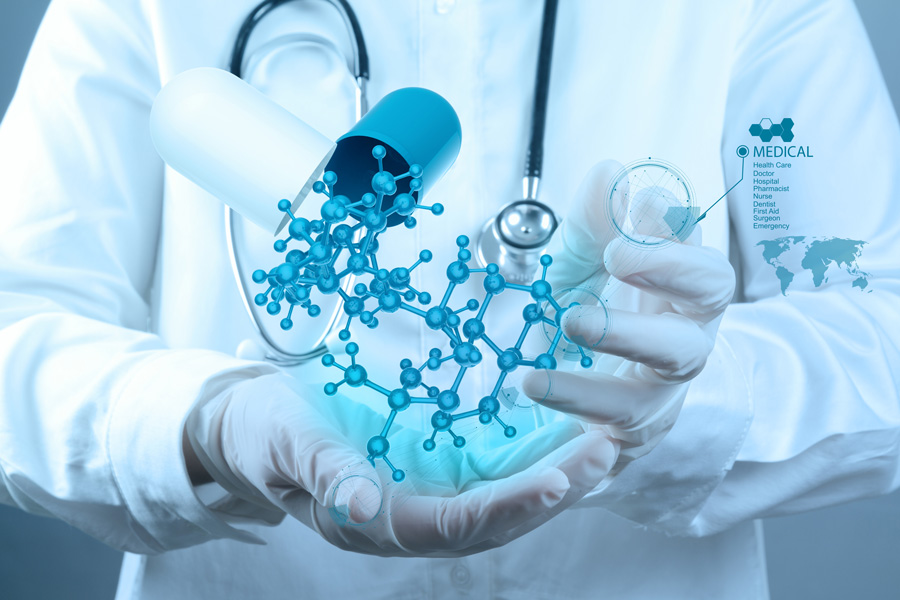 In recent years, major pharmaceutical companies have garnered a reputation as greedy mercenaries that seek a profit over everything else. Say what you want about Big Pharma’s exorbitant monetary desires and corrupted intentions, but in the grand scheme of things, one can’t deny the pivotal role the drug industry has played in our global ability to provide better healthcare. Despite its flaws, one thing will always be the backbone of the pharmaceutical industry: innovation. Don’t expect that to change in 2015, as a number of promising medications are poised to make an immediate impact.

Here are 5 potential breakthrough drugs set to launch in 2015 that could save thousands of lives:

This anti-PD-1 inhibitor, originally projected to be approved around March of this year, was actually just recently approved by the FDA this past December, concluding one of the most globally anticipated drug launches of the past decade. Opdivo is currently the odds-on favorite to take home the crown for the most substantial new drug approval in the U.S. for the year 2015 (technically, Opdivo was approved 12/22/2014, but it did not become readily available until a few days later in January of 2015). The drug is intended to treat patients suffering from unresectable (cannot be removed by surgery) or metastatic (advanced) melanoma. According to the National Cancer Institute, there were an estimated 9,710 deaths and 76,100 new cases of melanoma in the U.S. in 2014, making it the 5 th most common type of cancer in the country. Thankfully, clinical trials on Opdivo have been tremendously successful, as around 73% of skin cancer patients receiving this groundbreaking anti-PD-1 monoclonal antibody medication were still alive a year after their treatment began. In addition to being approved to treat melanoma, Opdivo is currently under study and has shown promise in regards to its ability to combat a variety of other cancer types, including brain, kidney, lung, and Hodgkin’s lymphoma.

Projected Approval Date: Second half of 2015

Along with Opdivo, LCZ696 is another potential new drug that’s launch is among the most anticipated in recent memory. A recent milestone study titled PARADIGM-HF was released that compared outcomes of heart failure patients that were treated with LCZ696 to those who were treated with a standard heart failure medication called Vasotec (enalapril). The results were massively favorable for the future Novartis product, accentuated by one key measure in particular that showed that the risk of dying was reduced by 20% for those treated with LCZ696. After seeing the success portrayed by the PARADIGM-HF, the FDA granted the heart failure drug with fast-track status, and is expected to become available later this year. According to the CDC, nearly 5.1 million people in the U.S. experience heart failure, the leading cause of cardiovascular death in the country. Roughly 1 in 9 deaths include heart failure as a contributing cause, so LCZ696 is undoubtedly fighting an uphill battle. Fortunately, the wonder drug looks poised to be the next big thing in cardiovascular pharmaceuticals and will be the first drug released in years that prevents hospitalization and death from heart failure.

Despite stiff competition from Sanofi/Regeneron’s similar drug titled Alirocumab, Amgen’s Evolocumab is the most encouraging drug that belongs to an extraordinarily exciting new therapeutic class known as PCSK9 inhibitors. In short, PCSK9 limits the liver’s ability to remove bad cholesterol from the blood. These revolutionary PCSK9 blockers have the cholesterol drug world, one of the largest markets in pharmaceuticals, on the edge of their seats. A 2014 Journal of the American Medical Association (JAMA) study noted that Evolocumab reduced low-density lipoprotein (LDL, or bad cholesterol) levels an extra 66% - 75% compared to placebo. Another factor that will play a role in the early success of the PCSK9 inhibitors is the timing – as a November 2014 Merek study displayed affirmative results regarding a long-range investigation into whether using cholesterol drugs to lower LDL levels reduces deaths from heart diseases. Furthermore, new guidelines released this past year that dramatically expanded the use of statins will also play a large role in the Evolocumab’s fate. If all the pieces fall into place, the PCSK9 medications could quickly become premier treatment option in a massive field.

Ibrance is the next major drug launch in line for the pharmaceutical giant Pfizer, Inc. The promising CDK inhibitor treats postmenopausal women with metastatic (advanced) ER+, HER2- breast cancer. The drug, likely to be paired with letrozole,has been granted priority reviews by the FDA thanks in large part to results that stemmed from the findings of PALOMA-1, a Phase II trial the compared the results of patients treated with Ibrance and letrozole to those treated with solely letrozole. The study showed that Ibrance considerably delayed progression of symptoms, more so than letrozole is able to do when used exclusively. The FDA is expected to make a decision on Ibrance’s approval by April 13th, 2015.

Making their second appearance on this list, Novartis has plenty to be excited about with this first-of-its-kind IL-17A inhibitor seeking approval to treat moderate to severe plaque psoriasis. You can expect the FDA to make a decision relatively soon on Cosentyx, which just obtained European approval on January 19th, 2015. The drug itself is a human monoclonal antibody (mAb) that selectively neutralizes the cytokine known as interleukin 17A (IL-17A), which is a key contributor in host defense and inflammatory diseases. Current psoriasis drugs have encountered difficulties getting patients to respond to or tolerate the medications, so any new treatment would obviously be a welcoming relief. And while there are other IL-17A receptors currently in testing, none are as far along as Cosentyx, which could become the first IL-17A inhibitor ever approved in the U.S. any day now.

In a nutshell – gear up for an exciting 2015 for Big Pharma. These potential breakthrough drugs set to launch in 2015 will undoubtedly go down as a transformational year for the pharmaceutical industry. The introduction of several new therapeutic treatment options are paving the way for new innovative medications, and staking a convincing claim as the future of medicine.