Do robots and virtual reality have a place in the future of surgery? Absolutely, but they’re just the beginning.

In recent years, the medical field has made astounding advances with the help of modern technology. These improvements have saved countless lives and made illnesses that could not be treated a mere few decades ago either curable or manageable. One of the areas of medicine that has most benefited from technological advancement is surgery. Here are just a few of the dozens of technologies that are changing the operating room and making surgeries safer and more successful.

One of the most exciting breakthroughs of recent years has been the incorporation of robots into surgical procedures. Beginning with the Da Vinci surgical robot, more and more operating rooms have begun to use robotic systems to execute delicate surgeries. These robots are still controlled by human surgeons, but thanks to their greater degree of stability and ability to work in very small spaces, the robots can perform operations with a higher degree of precision than human hands are capable of achieving. Fully automated surgical robots for simple tasks like suturing incisions have also begun to make their way into the surgical theater. Many even believe that fully-robotic surgeries may one day be possible, albeit under human supervision.

Far from the comparatively primitive set of hand tools, stitches and sutures that surgeons once had access to, the modern operating room contains a plethora of complex pieces of electrical equipment. Among these pieces of equipment are electrosurgical tool, which use electrical energy to perform tasks such as making incisions of cauterizing wounds. While these technologies are of considerable usefulness, they also produce hazardous by-products in the form of smoke. To facilitate their increased use in surgery, smoke evacuation technologies have also had to be developed. Smoke pencils and other Smoke evacuation devices, in particular, are quickly becoming a standard tool in operating rooms because of their efficacy in eliminating this common environmental hazard. 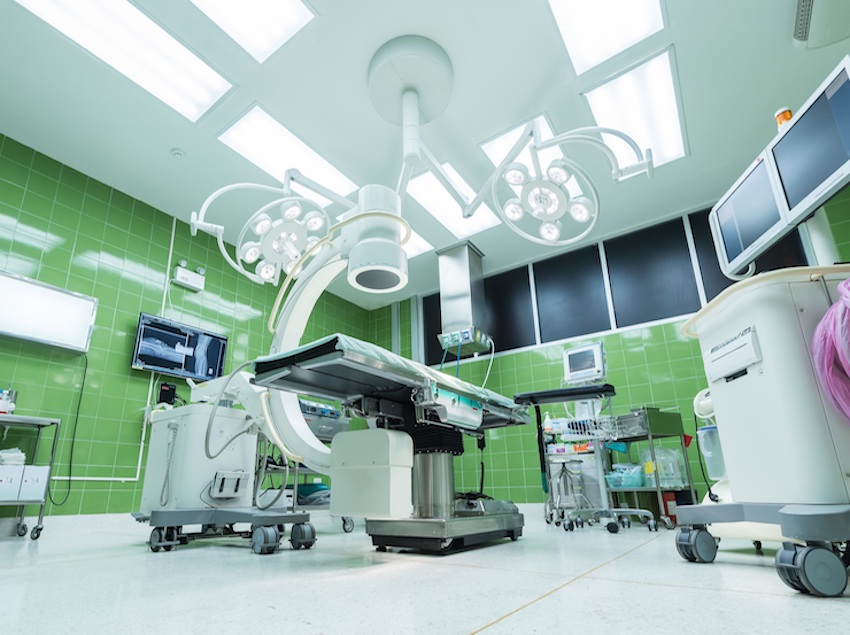 One side of surgery that most people never get to see is the planning phase, in which surgeons and support staff determine the best methods and approaches for operations on particular patients. This process can be long and labor-intensive, but the use of virtual reality for visualization has improved in considerably in the past couple of years. Surgeons can now use VR technology, coupled with patient imaging scans, to plan the exact route of the surgical process. This kind of planning is faster and, in many cases, more successful than more traditional methods, allowing for lower delay times prior to surgery and a more efficient operation in the actual operating room.

One of the most delicate biopsy procedures has always been the brain biopsy. Without extreme caution, a biopsy of brain tissue can cause disastrous complications. New so-called "smart needles," however, are making this procedure much safer for patients and much easier for surgeons. These needles incorporate imaging technology that allows surgeons to directly see blood vessels and other tissue. When combined with software that is capable of recognizing blood vessels, these needles can substantially reduce the risk of accidental vessel damage during a brain biopsy. Similar technologies have been created to reduce the risks associated with other internal procedures.

The rapid advance of computational and mechanical technologies in the last several years has greatly benefited surgeons and the medical professionals who assist them in the operating room. As these technologies continue to improve and become more accessible to hospitals, they have the potential to improve surgical performance and save many more lives. For these and other high-tech surgical instruments, the future is looking extremely bright.

Kara Masterson is a freelance writer from Utah. She enjoys tennis and spending time with her family. To contact Sara, email her at [email protected]