The Bigger Story Behind the Measles Outbreak

Amidst the uneasiness surrounding the recent measles outbreak, it’s time to unmask the silver lining and address the real issue at hand: the anti-vaccine movement.

There are few things in this world more powerful than fear. Fear can keep us alive, and fear can just as easily cripple us. It forces us to react in hope of avoiding a situation we assess to be a potential risk. One problem with that is that our decisions made out of fear are often a product of misconception and impulsive reasoning. We rush to take action against the prospect of danger without actually considering the validity of the risk or the retributions of our actions. We blindly make choices that defy logic and subsequently make ourselves more vulnerable to harm than we were in to begin with. In turn, we are forced to grapple with an array of unfortunate epidemics created by nothing more than an irrational fear.

In this day and age, perhaps no trend makes this ambiguous cycle more evident than the fear of vaccines. Once again, the anti-vaccine movement is back in the limelight by virtue of a recent measles outbreak, wherein 155 people from 16 states were reported to have contracted the disease since January 1st of this year. It’s a shame that it takes something as alarming as an outbreak of an incredibly contagious disease to smoke out the more significant issue at hand, but that’s exactly what it did. In itself, the measles outbreak is a serious and unwelcomed calamity. However, the wear and tear that this singular outbreak can cause is utterly dwarfed by the conceivable damage we are up against by allowing the anti-vaccine movement to continue. The Ebola outbreak in West Africa is a catastrophic event that unfortunately has no real end in sight due to the absence of a preemptive vaccine or the ability to contain the disease from spreading. This Measles outbreak is an entirely different story in the sense that we not only have the ability to contain it but also by the fact that it was completely preventable in the first place. There is a vaccine. It is available. It does work. Yet for some absurd reason, people continue to choose not to vaccinate themselves or their children. There is a lesson to be learned here, and failing to do so could be much more devastating than a relatively mild measles outbreak. 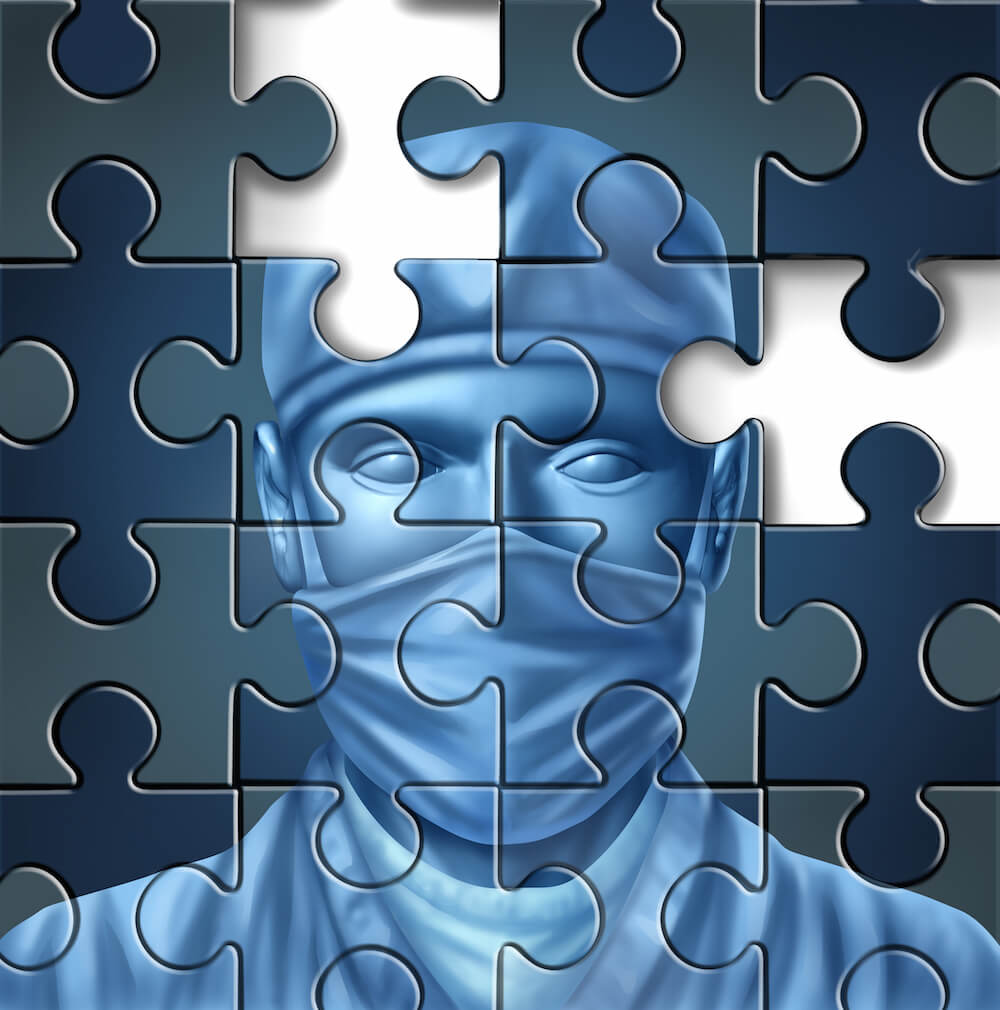 The common argument against vaccinations, especially in regards to vaccinating children, is based on the assumption that they can cause autism. This rather whimsical theory gained steam in 1998 when Dr. Andrew Wakefield published a study in The Lancet that claimed there was a connection between childhood vaccines and autism rates. Undeterred by a substantial amount of plausible criticism, the argument against vaccines began to spread like wildfire. Many parents quickly embraced the study, and the hypothesis quickly built a band of disciples. What these parents didn’t know, or at least weren’t willing to admit, is that the study turned out to be no more than a giant scam; a vile scheme built on deception and crooked financial intentions.

A few years after its release, an investigation into the study revealed that a law firm with plans to file a legal suit against vaccine manufacturers had paid Wakefield to fabricate the study. The thoroughly discredited paper has since been retracted, and Andrew Wakefield had his medical license revoked. If this alone wasn’t enough to squash the flawed concept, there’s this British Medical Journal study that discovered Wakefield’s entire article linking the vaccine and autism was entirely fraudulent and the research done in the study was deliberately altered in a fallacious manner. And if that still isn’t enough proof, then the dozens of additional studies that have concluded there is no link between vaccinations and autism certainly should have been (See this Psychological Medicine study or this Journal of the American Medical Association (JAMA) study). Unfortunately, the damage had already been done, and the anti-vaccine movement is still very much intact despite an avalanche of evidence disproving it.

At the end of the day, people are going to believe what they want to believe. If there is evidence supporting their beliefs, they’ll embrace it. If it undermines their beliefs, they’ll ignore it. Yet still, all you can do to turn doubters into believers is to present them with such irrefutable facts that there is no other logical explanation. From there, you can only hope that they’ll listen.

So here are the facts:

Vaccines prevent an estimated 6 million deaths worldwide every year, according to the World Health Organization. Smallpox, one of the most devastating diseases known to humanity, killed an estimated 500 million people before 1979. In the last 35 years, smallpox is responsible for exactly zero deaths. Not a single one, thanks to a massive worldwide immunization process through vaccination that officially eradicated the disease in 1980. In the late 1980’s, there were over 300,000 reported cases of polio each year. In 2014, there were 358 – again, the result of a global effort to eradicate the disease through vaccination.

In the United States, we’re fortunate enough to have a healthcare system that makes these vaccines readily available. That isn’t the case in other areas of the world, where thousands of people would beg, cheat, and steal to get vaccinated. Meanwhile, thousands of people here who do have access to these medications choose not to do so. The logic behind this just doesn’t add up. It’s like arguing that exercising is bad for you because you’re at risk of getting hit by a car every time you go for a run. The anti-vaccine movement is an unfortunate enigma, and it has to end. Having the privilege to choose whether or not to get vaccinated is a luxury in itself, but that doesn’t mean it should be a debate.

On the bright side, this outbreak has compelled several states to consider stricter laws that will make it more difficult for parents to legally opt out of vaccinating their children. While all 50 states currently require children to get the MMR (measles, mumps, rubella) vaccine, all 50 also allow medical exemptions, in addition to 48 states allowing religious exemptions, and 19 allowing philosophical exemptions for personal beliefs. In other words, if you don’t want your children to be vaccinated, they don’t have to be. In California, over 18,000 kindergartners last year alone were legally allowed to skip vaccinations. In the grand scheme of things, this is only a small portion of the total amount of kindergartners in the state; but when dealing with infectious diseases, it doesn’t take much to make a profound impact. More importantly, it puts the most susceptible part of the population – infants under 12 months of age who are too young to get vaccinated – at the greatest risk.

Adjusting laws to become less lenient will help lessen the blow, but it is far from a definitive solution to abolishing the anti-vaccine movement. As long as there are parents who genuinely believe that vaccines cause autism, autoimmune disease, or any other form of harm to their children, the movement will live on. Parents will do whatever it takes to keep their kids safe, and if they feel they are protecting them by denying vaccines, then they will go to extraordinary measures to make sure that’s exactly what happens. This is part of the reason why ending the anti-vaccine movement is so challenging – it’s very tough to convince parents that what they are doing to their children is flat-out hurting them.

The more difficult battle in ending the movement, however, is the paradoxical nature of the publicity received by evidence on either side of the argument. Every year there are millions of children who get vaccinated and never contract the disease that the vaccine was designed to prevent. Do you hear about them in the news? Of course not, that’s what is supposed to happen when you get vaccinated. At the other end of the spectrum is the small handful of children who suffered a serious adverse reaction to the vaccine. These cases, on the other hand, quickly captivate headlines across the country and fuel the fire driving the anti-vaccine movement. It doesn’t matter that the odds of such a reaction are literally one in a million, that you’re actually 100 times more likely to get struck by lightning than you are to have an allergic reaction to a vaccine, or that the likelihood you’ll suffer brain hemorrhaging from taking aspirin is much higher than the risk of suffering an adverse reaction to vaccines. None of that matters, because none of that appeals to mainstream media quite like a panic-inducing story about a child who suffered an allergic reaction to a vaccine.

The harrowing truth is that we are a nation that feeds on fear. A common dilemma that we can worry about together is a strangely uniting stimulant. It’s easy to fall victim to herd mentality when a specific ideology frightens us. This can be a good thing in certain situations when the philosophy in question is a valid one. But too often, rather than making cerebral, rational judgments, we put little effort towards uncovering the actual truth. We come together and collectively take a stance to solve a problem, even if that problem eludes common sense. And that’s exactly what the anti-vaccine movement does – it completely disregards common sense. It’s a solution without a problem. It’s another instance where for some obscure reason, science is once again trumped by pseudo-science.

Vaccines do not cause autism, they save lives. Don’t overthink it.