Medical School Debt: How High Is Too High?

Facing med school debt is one of the most challenging components of becoming a doctor. You knew medical school was pricy, but these numbers will shock you. Is it still worth it?

Medical school debt, for many doctors, is more challenging than med school itself. Recently, Dr. Richard Gunderman published an article on The Health Care Blog that shared the story of Melissa Chen, a 35-year-old radiology resident in her final year at the University of Texas-San Antonio. While her road to medical school was somewhat unconventional (it is a great story, I highly suggest reading it), Chen is now your typical med school student – one who has persistently endured a rather standard, run-of-the-mill path through graduate school and residency with aspirations of a long, lucrative medical career. She is attending a good, but not great, medical school that was listed as the sixth least expensive public medical school by Huffington Post in 2012. Needless to say, it’s not the most expensive school in the country, which only amplifies how unsettling it is to hear the price tag Chen calculates her decision of pursuing a medical career has cost her in lost wages, benefits, and added educational costs – a formidable $2.6 million. 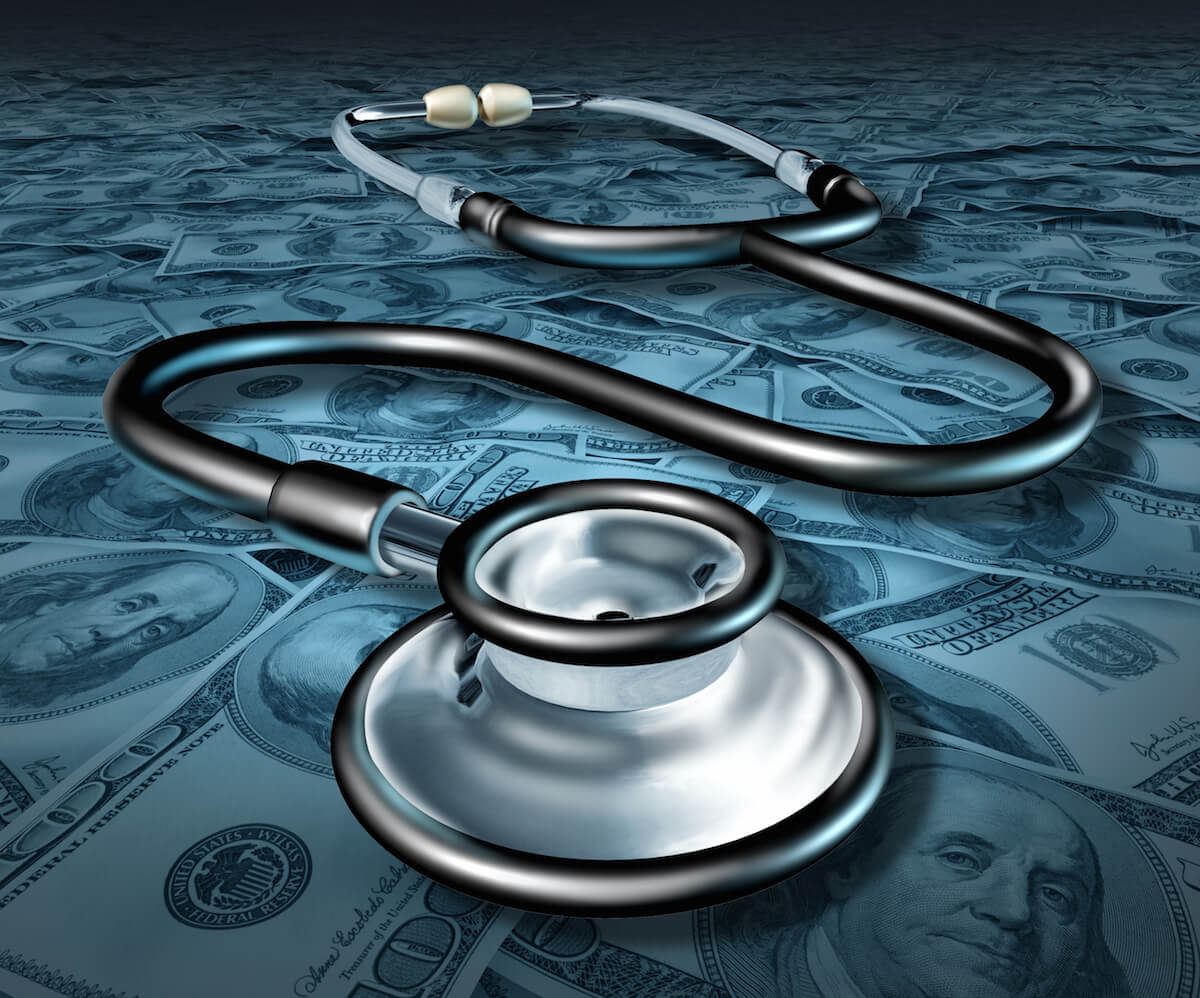 Even with a good-paying position after graduating from medical school, $2.6 million is a tremendous amount of med school debt for anyone to overcome. The process of becoming a physician is deliberately grueling from both a physical and mental standpoint. Med students spend a minimum of seven strenuous years studying and practicing to become a doctor. It takes a lot to properly educate them, and from the staff to the machinery, it’s not cheap. With this in mind, for the students, who are the beneficiaries of the entire process, facing a financial burden to fund their education is an unavoidable reality. The real problem lies in the extent of that burden. When it becomes a hurdle too difficult to overcome, it has transformed into an issue. In particular, when the cost of getting an education outweighs the potential gain, it’s more than just an issue. It’s a disgrace.

Medical school graduates today are confronted with more debt than they can handle. I realize med school students are subject to higher monetary liabilities than the average graduate student, largely attributed to contrasts in the operating costs and amount of time it takes to get a degree. But that doesn’t change the fact that the level of financial strain placed upon med students has reached a tipping point.

According to this U.S. News & World Report article, the average amount of debt medical school students who graduated within 1992 was $50,000, which equates to just over $84,000 in 2014 when adjusted for inflation. Today, the average med school student graduates with more than twice as much debt as the average student did just over 20 years ago.

These med school debt statistics all lead to the burning question: Is it worth it? Is it worth almost a decade of rigorous curriculum and training so physically and mentally demanding that it leads to exhaustion and nearly insurmountable debt? Truth be told, the fact remains that most medical students are still able to obtain a relatively well-paying job upon graduation, which makes paying off such debt a bit more practical. Also, and perhaps more intrinsically significant, is the basis that there is no greater calling in the world than the ability to save lives and help people, a virtue that cannot be represented by financial value. So for now, I still find it tough to answer whether or not it’s worth it with a definitive ‘no.’ But I fear we are rapidly trending in the wrong direction.

The entire medical profession is in a constant flux of transformation. In his book titled, The Social Transformation of American Medicine, Pulitzer Prize-winning professor Paul Starr depicts a few key differences between medicine today and medicine 150 years ago. “Medicine then rarely offered a path to wealth,” he wrote. Starr goes on to conclude that despite a scarcity of data, most physicians were middle-to-lower class citizens. I hesitate to compare medicine today to medicine during the Civil War era, but that partially portrays just how radical the transformation has been.

These days, where the entire medical industry continues to transform and adapt, it appears that medical schools are doing the opposite. The revenue-driven desires of these institutions are crippling our ability to educate America’s future physicians in a manner that will facilitate improved healthcare. I do understand that these schools, like any company or institution, do need to make money – and I’m not suggesting that medical school should be free. But there have to be other methods, online education for example, that will allow the institutions to still turn a profit without sabotaging the future of their students. Otherwise, we’ll see a steady supply of bright, promising individuals who once dreamed of becoming a doctor, decide to pursue a career in business or finance to avoid the financial restrictions of becoming a doctor in the first place.

Whether going to med school--and consequently, taking on large amounts of med school debt--is right for you will depend on many different personal factors. At this moment, the underlying facts are that medical students today are graduating with an exorbitant amount of debt, and solving that problem will indeed be a monumental struggle. It may be an uphill battle, but it’s undoubtedly a necessary one. What remains to be seen though, is just how bad it needs to get until we’re forced to change.

eMedCert makes continuing education credits simple and budget-friendly for medical professionals. Get your ACLS, PALS, and BLS certification or recertification or today at an exceptional price. To learn more, visit our website or contact us.