The expanded availability of the opioid antagonist called Naloxone will undoubtedly save many lives for years to come.

These days, it’s tough to find someone whose life hasn’t been impacted by a fatal drug overdose to some degree or another. Sadly, that isn't surprising when you consider such instances claim the lives of over 43,000 Americans every year. That’s roughly 120 lives lost every day in the United States alone due to an accidental overdose. Think about that – that means every single day, virtually thousands of Americans are hit with the devastating news that they just lost a friend; mothers are blindsided by the reality that they just lost a child; doctors are left feeling helpless, instead of having to cope with the difficult reality that they lost a patient. 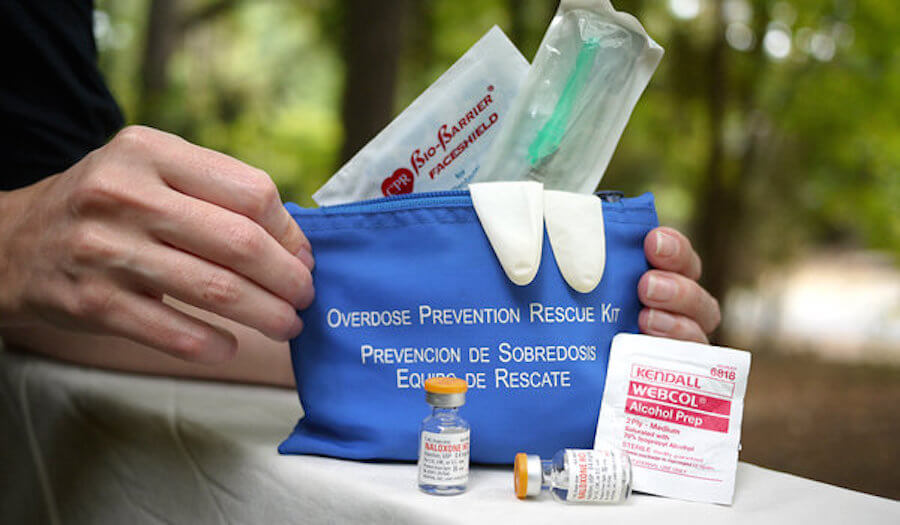 We mustn’t cloud the fact that, in a vacuum, the underlying issue with drug overdoses is not our inability to treat them, but the act of abusing a drug in the first place. In fact, for every death recorded, 32 people are successfully treated for nonfatal overdoses. So we’re actually more than capable of treating overdoses when given the opportunity. In most overdose cases that do result in death, there is only so much a doctor can do – not because they are incapable, but rather because they don’t get the opportunity to help in time, as many victims aren’t fortunate enough to have immediate access to either a doctor or medication. Luckily, one of those is in the process of changing thanks to the increasing availability of naloxone, also known as the overdose antidote.

Naloxone, often sold under the brand name Narcan, is essentially an opioid antagonist that is used to reverse the effects of opioid-related drug overdoses. The most common cases of opioid overdoses, which are responsible for the majority of all overdose deaths, include hydrocodone, oxycodone, morphine, and heroin. While overdosing on any of these is highly dangerous and oftentimes lethal, naloxone has proven to be highly successful in reversing the toxic effects of an overdose as long as the drug is administered in time, with no added side effects thereafter.

If it sounds too good to be true, it’s not. And while the general public has been widely unaware of this specific medication’s existence, naloxone has been a very well-known and established antidote in the medical community for quite some time now – 46 years, to be exact. Naloxone first received FDA approval in 1971 and has been the standard of care for opioid overdoses in hospitals ever since. As of 2014, all 50 states allow advanced EMS staffers to administer naloxone outside of hospital doors, but only 12 states provide this privilege to basic EMS staffers. However, other than a few isolated pilot programs that tested the distribution of naloxone to opioid users and laypersons in selected major metropolitan areas across the country, practically all naloxone usage has always been administered by a licensed medical professional– until now.

Recently, more and more states have adopted, or are in the process of adopting new laws that permit the prescribing of naloxone to certain more individuals, both within and outside of the healthcare community. First and foremost, these laws promote training and empowering all first responders to use naloxone in the field. More newsworthy, however, is the fact that the medication is now being made available to people at risk of an overdose, along with people in their social circle who might have the ability to prevent accidental death.

World Health Organization (WHO) estimates that over 69,000 people worldwide die each year from opioid-related drug overdose alone. The Centers for Disease Control and Prevention (CDC) shows that the rate for drug-poisoning deaths involving heroin nearly quadrupled from 0.7 deaths per 100,000 people in the year 2000 to 2.7 deaths per 100,000 people in 2013 – with most of the increase spanning over the last 5 years. With numbers like these occurring at a time when we did in fact possess a low-risk, life-saving medication with a 40-year track record of success, the drug’s increase in availability was imminent.

Naloxone, which can be injected or given nasally, will certainly save many lives that otherwise couldn’t have been saved prior to the anti-overdose drug’s availability expansion. Its launch into the public market is a monumental step in the fight against overdose deaths and should be applauded. That having been said, while it was an entirely necessary step that will undoubtedly help, it’s still not a solution to our country’s ongoing battle against drug abuse. In other words, it keeps the victims from dying, but it doesn’t stop the addiction. However, that’s not what it was ever intended to do, and shouldn’t belittle the accomplishment at hand. At the end of the day, naloxone will not eradicate the problem of drug abuse, but it’s doing its part to soften the blow.

Ultimately, what the drug does is give someone a second chance. What they do with it is up to them.

eMedCert makes continuing education credits simple and budget-friendly for medical professionals. Get your ACLS, PALS, and BLS certification or recertification or today at an exceptional price. To learn more, visit our website or contact us.