Adenosine is one of the medications you’ll see most often throughout your PALS course. Here’s what you should know about it.

Adenosine is an antiarrhythmic medication that can be seen in several of the PALS algorithms. It is most commonly used as the primary drug of choice for treating various forms of supraventricular tachycardia (SVT). Administering adenosine is effective because it temporarily blocks conduction through the atrioventricular (AV) node, and should be considered immediately after unsuccessful vagal maneuvers.

For the first dose of adenosine, administer 0.1 mg/kg (maximum dose: 6 mg) as a rapid IV bolus. You should be able to tell if the first dose is effective within 15 to 30 seconds of administration, as the rhythm will convert to sinus rhythm.

If there is no effect, administer a second dose of 0.2 mg/kg (maximum dose: 12 mg). Due to a short half-life, adenosine must be administered as rapidly as possible. Oftentimes adenosine is ineffective due to the drug being administered too slowly or with an inadequate IV flush. 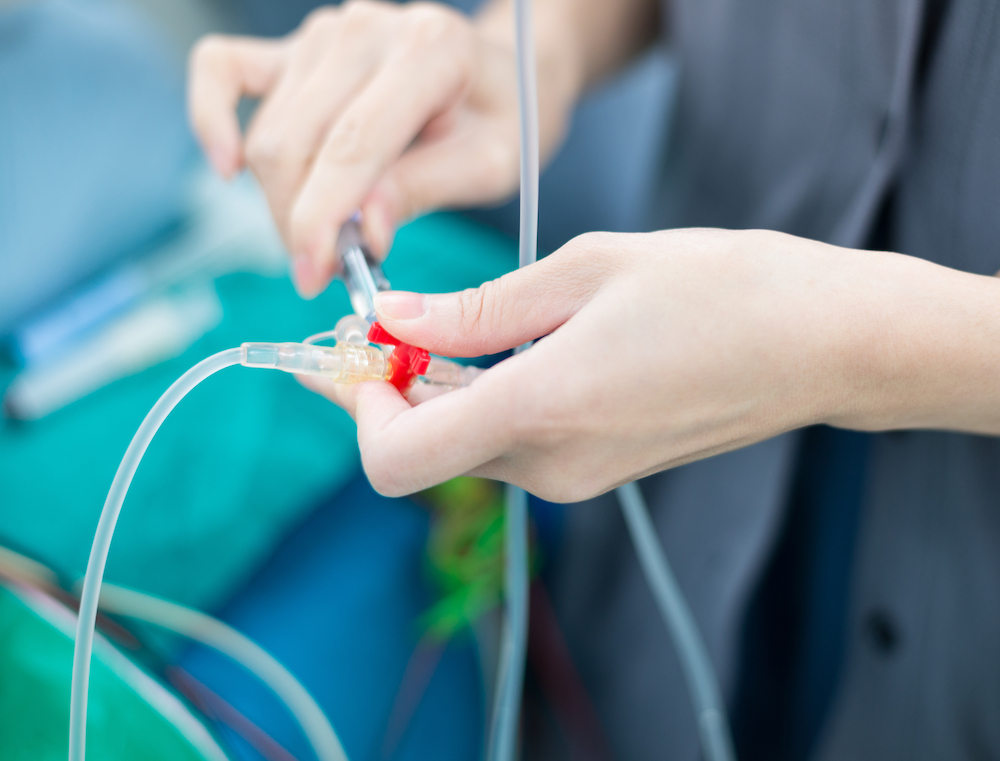 - Must be given as a bolus, followed by a flush

- Dosages should be given with continuous EKG monitoring

- Does not treat atrial flutter, atrial fibrillation, or tachycardias caused by mechanisms other than reentry through the AV node

- Can cause bronchospasm – use caution in asthmatics

- Several seconds of bradycardia may ensue after administration of adenosine