Staying updated on the latest happenings within the healthcare world is a necessity for all medical professionals. New intelligence continually arises from constant research and fieldwork being conducted. It is essential for all healthcare professionals to have access to the knowledge derived from these findings. While Twitter certainly won’t replace the traditional methods of acquiring professional knowledge, it does offer the easiest and quickest tool to access valuable information. 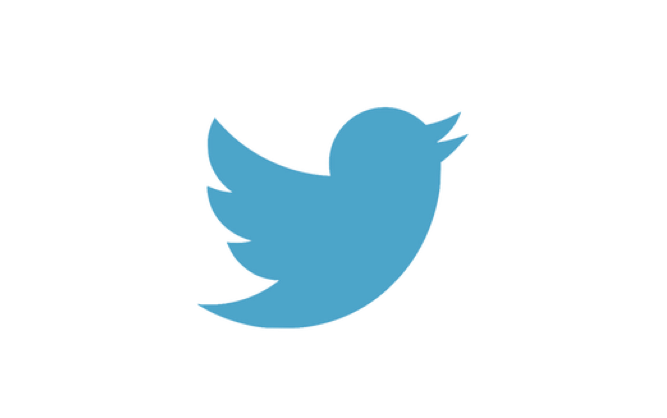 As we’ve previously mentioned in the essential reasons to use Twitter, following the right people is the first step to using Twitter as a learning platform. Simply put, to get the most out of your Twitter account, especially as a healthcare professional, you need to know who to follow – which is easier said than done. With over 500 million active users on Twitter, sorting through the duds to find helpful accounts can be quite tedious and time-consuming. For this reason, eMedCert decided to help you take that first step by compiling a list of the top 100 Twitter accounts for healthcare professionals to follow. A great deal of research went into this, and many outstanding and deserving Twitter feeds were left off of this list. There will undoubtedly be several accounts not featured on this list that may be more useful to you personally. However, in our opinion, these 100 Twitter accounts ultimately proved to offer the most value to healthcare professionals in general. Regardless of your specific position or title, here are 100 Twitter healthcare accounts that you NEED to follow:

Doctors to CMS: What physicians need for practice transformation.

Calling all blood donors, we want to hear from you today! Use #ImProud2give to let us know why you give blood! #BeAHero

48% of Americans don't have emergency supplies. Are you one of them? Start your kit today

People who #quitsmoking by age ___ reduce their risk of smoking-related death by 90%.

Unless it's fixed, the Trans-Pacific trade pact will have devastating public health consequences. #TPP

It's predicted that Obamacare signups will total 6.22M by end of March. If true, it means ACA smashed thru revised CBO goal of 6M sign ups.

I've debunked some of the most embarrassing medical myths. Take a look:

this wasn't an easy article to write, but it's honest. hope it helps patients who have been denied therapy. #weed

New Post: Our Healthcare System Has Dementia: The Case Of The Misdiagnosed Rash: If you (or a loved one) have ...

Did you know that Acetaminophen (Tylenol) overdose is the leading cause for calls to Poison Control Centers across the US?

I have treated 40,000 patients, and I have seen medicine change from a compassion-based profession into a corporate-greed driven industry.

Here are the facts on electronic cigarettes (e-cigarettes): #BeTobaccoFree

Big Data Analytics in Healthcare nice one from @HealthEugene

Keep your heart healthy and know your risk factors for heart disease! @ABC15

Employed vs Self-Employed Doctors. Who's better off?

Healthcare for Less: Knowing Your Medical Record Rights Can Save You Thousands! | @scoopit

New on our site: 5 Strategies for Your Medical Practice to Deal with the ICD-10 Delay

Price transparency stinks in health care. Here’s how the industry wants to change that.

45.) The Doctor Weighs In | @Docweighsin

Health insurance is not health care

Should it really take 14 years to become a doctor? Time to experiment via @slate #meded

Do you know what to do if a friend has a seizure? #epilepsy #purpleday

How Much Do Doctor Really Earn?

#pharmacist tip: Never pass up an opportunity to counsel with a patient... even on refills. You might prevent a future problem.

IOM #infographic examines the cost of health care in the US

Instead of killing cancer, new treatment activates the body's self-healing mechanisms- by @elizcohencnn

Things that matter include professionalism, not documenting gossip, & not repeatedly lying in evaluations. #Match2014

The #FDA plans to regulate #e-cigarettes. A Stanford doc discussed rise of & problem with e-cigs in recent podcast:

Low levels of vitamin D are a result, not a cause, of poor health. Therefore, supplement may not help

Hospitals are buying up doctor practices. What does it mean? An Idaho battle is a microcosm of the debate:

The obesity rate among young children has dropped 43% in the last decade.

How Vaccine Fears Fueled The Resurgence Of Preventable Diseases

What advice would you give to a new nurse?

'A Smart Doctor Listens to the Nurses'

Sometimes it takes a hospital stay as a patient for doctors to fully realize the importance of nursing care.

Happy National #Nurses Day to all of the incredible nurses out there saving lives and bringing joy every single day!

Nurse assigns Apgar Score to neonate after birth based on appearance,pulse, grimace,activity,respiration #NCLEX

Wishing all those that are off a great break, and thanking those that just keep caring :)

Nerve-Stimulating Headband Gets FDA Nod for Treatment of Migraine Headaches

Big record-breaking #HIMSS14 numbers for you! 38,828 #healthIT folks made it to Orlando. The social-verse resounded in 63,839 tweets!

Many #doctors hate #EMR's, but they aren't against #tech per se; want #usability so #EHR works for them. @RobertWahMD #DrHIT #HIMSS14

33 charts: What Counts in Medicine - Should Social Media be Applied Toward Academic Advancement?

#SPSM Social Media Tip: Be an advocate. Write essay & try to get posted on @KevinMD - Big audience that will see your essay

While there are seemingly countless Twitter healthcare accounts available to follow, these 100 are among the most valuable. By taking some time to explore the Twitter healthcare space and find accounts that add value to your life, you can make the most of this useful platform and improve your healthcare career.