What would the 2014 World Cup Bracket look like if the results were based on each country’s health? Let’s find out!

In honor of the ongoing 2014 FIFA World Cup currently underway in Brazil, we wanted to put a bit of a health spin on the soccer (fútbol?) tournament that captivates the world every four years. For the past few years, national soccer teams from countries around the world have fought hard to qualify for the World Cup Finals. In the end, only 32 teams earn the opportunity to represent their country at the tournament.

Once the list of qualifying teams is complete, the 32 teams are placed into eight groups of four teams each. Each team then plays against the other tams in their group, with the top two from each group moving on to a predetermined slot in a 16-team bracket that will determine a champion.

For our World Cup of Health Rankings, we will be using the same groups that have been selected to compete against one another in the actual tournament. The winner of each matchup will be decided based on Bloomberg’s 2012 Rankings of the World’s Healthiest Countries.

Without further ado, here is how a World Cup based on each country’s health would look: 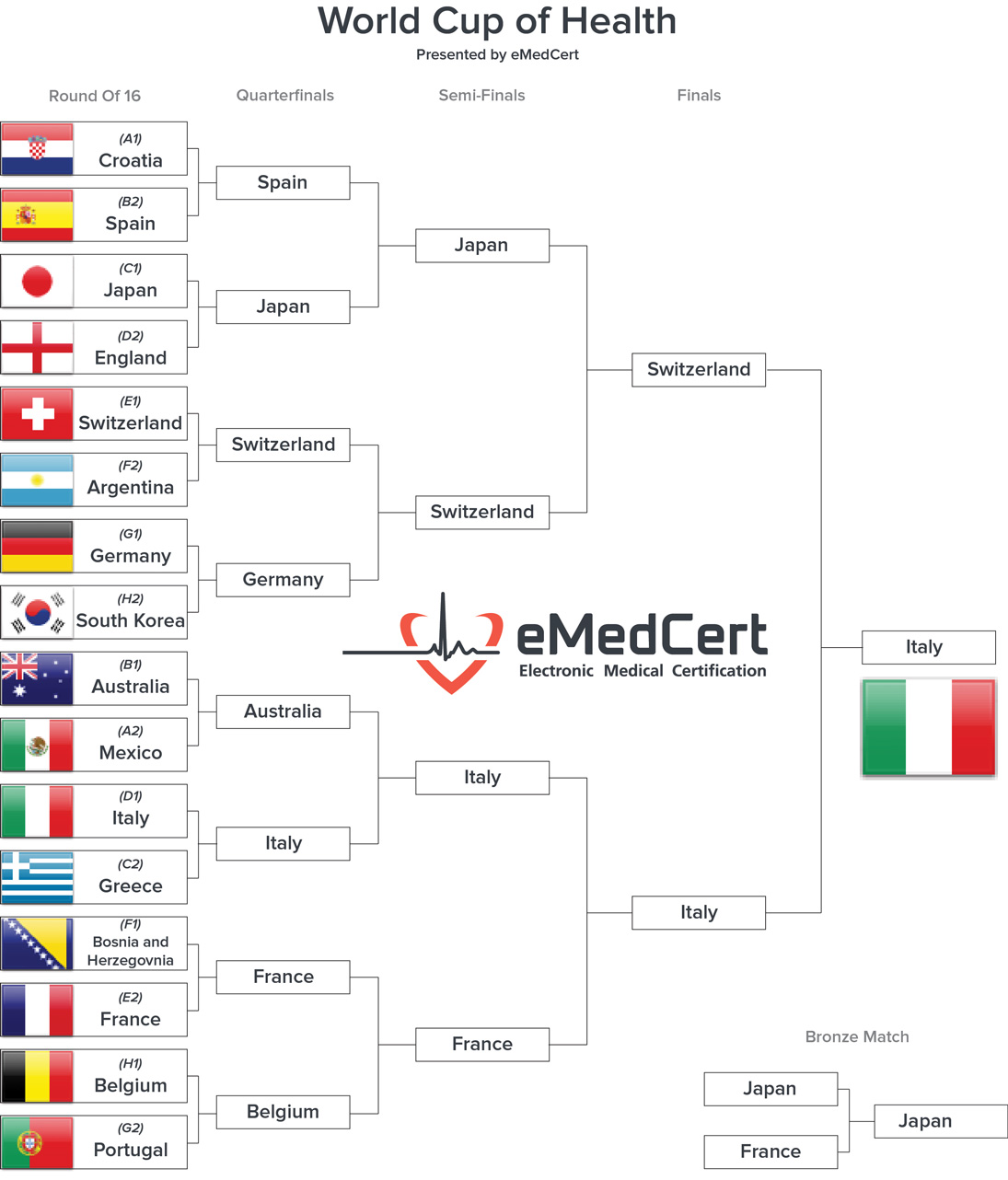 Continuing Education plays a huge role in the success of healthcare institutions around the world. It is important to keep up with certifications as a medical professional. eMedCert makes it easy to stay education with AHA adhering online courses for ACLS, PALS and BLS. Learn more on our website or email us at [email protected].